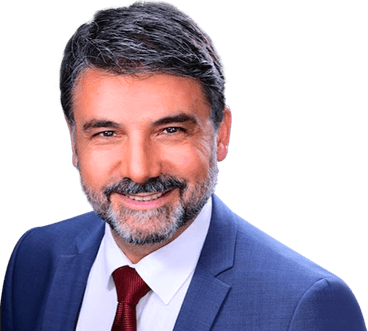 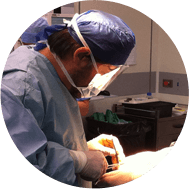 Learn more about my practice 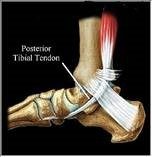 PTTD is often called “adult acquired flatfoot” because it is the most common type of flatfoot developed during adulthood. Although this condition typically occurs in only one foot, some people may develop it in both feet. PTTD is usually progressive, which means it will keep getting worse, especially if it isn’t treated early.

Overuse of the posterior tibial tendon is often the cause of PTTD. In fact, the symptoms usually occur after activities that involve the tendon, such as running, walking, hiking, or climbing stairs.

The symptoms of PTTD may include pain, swelling, a flattening of the arch, and an inward rolling of the ankle. As the condition progresses, the symptoms will change.

For example, when PTTD initially develops, there is pain on the inside of the foot and ankle (along the course of the tendon). In addition, the area may be red, warm, and swollen.

Later, as the arch begins to flatten, there may still be pain on the inside of the foot and ankle. But at this point, the foot and toes begin to turn outward and the ankle rolls inward.

As PTTD becomes more advanced, the arch flattens even more and the pain often shifts to the outside of the foot, below the ankle. The tendon has deteriorated considerably and arthritis often develops in the foot. In more severe cases, arthritis may also develop in the ankle.

Because of the progressive nature of PTTD, early treatment is advised. If treated early enough, your symptoms may resolve without the need for surgery and progression of your condition can be arrested.

In contrast, untreated PTTD could leave you with an extremely flat foot, painful arthritis in the foot and ankle, and increasing limitations on walking, running, or other activities.

In many cases of PTTD, treatment can begin with non-surgical approaches that may include:

When Is Surgery Needed?

In cases of PTTD that have progressed substantially or have failed to improve with non-surgical treatment, surgery may be required. For some advanced cases, surgery may be the only option.

Symptomatic flexible flatfoot conditions are common entities in both the adolescent and adult populations. Ligamentous laxity and equinus play a significant role in most adolescent deformities. Posterior tibial tendon dysfunction (PTTD) is the most common cause of adult acquired flatfoot. One should consider surgical treatment for patients who have failed nonoperative therapy and have advancing symptoms and deformities that significantly interfere with the functional demands of daily life.

The HyProCure stent correcting
the flat foot deformityA titanium stent (HyProCure) is inserted into the ankle joint under minimally invasive techniques to stabilise and re-aline the ankle to reduce the degree of flat footedness by creating an arch. Studies have shown this procedure has a success rate of 94%. Unlike major reconstructive flat foot surgery, it can be reversed where the stent is removed without any ongoing complications.

This technique is used for well reducible flat foot by limiting motion at one or two joints that are usually arthritic.

This technique is indicated for late stage I and early stage II PTTD with reducible Calcaneal valgus. This is often combined with a tendon transfer. A PCDO is also indicated as an adjunctive procedure in the surgical reconstruction of the severe flexible adolescent flatfoot.

On their own these are not very effective but in conjunction with an osseous procedure, soft tissue procedures can produce good outcome. Common ones are tendon and capsular repair, tendon lengthening and transfer procedures.

Flat foot correction requires lengthy post-operative period and a lot of patience. Your foot may need surgery but you might simply not have the time or endurance to go through the rehab phase of this type of surgery. We will discuss these and type of procedures necessary for your surgery in length before we go further with any type of intervention.

Flat Foot - Before and After

Learn more about my practice

Schedule a ConsultationEMAIL US